An audio recording of the screening at Anthology Film Archives on Feb 11, 2017:

To celebrate the 66th birthday of Jim Jennings, a beloved yet under-sung stalwart of the New York City experimental film community whose lyrical, sharp-eyed films speak to the glorious tradition of urban street photography, we have invited six of Jennings’s fellow filmmakers – Abigail Child, Nathaniel Dorsky, Ernie Gehr, Vincent Grenier, Henry Hills, and Ken Jacobs – to select their favorite films from throughout his long, productive career. With the exception of Nathaniel Dorsky and Henry Hills (who will be here in spirit), they will all be present to introduce their chosen films, alongside Jim himself who will screen his very first film, made 50 years ago! 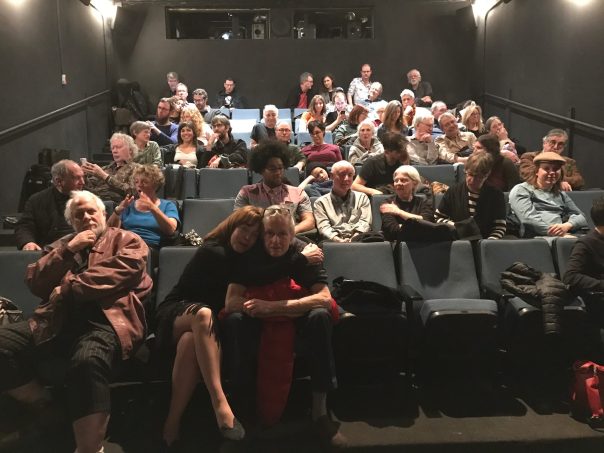 Thanks to Anthology Film Archives, and to Jed Rapfogel. 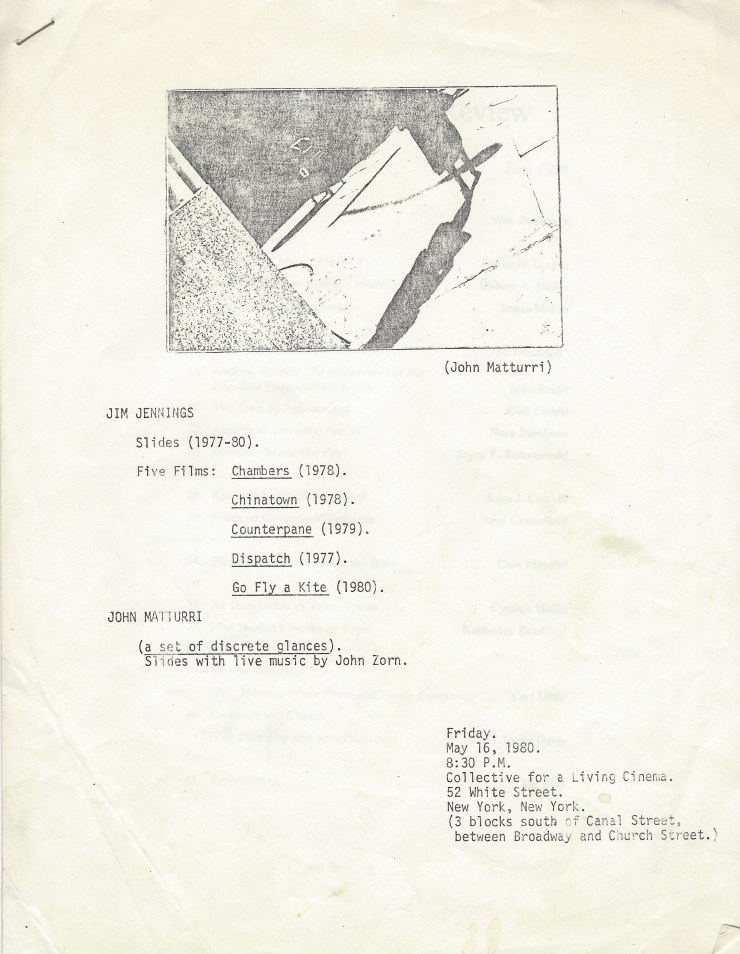 Program for a show of films and slides by Jim Jennings and John Matturi, with music by John Zorn, in 1980 at the Collective for Living Cinema. 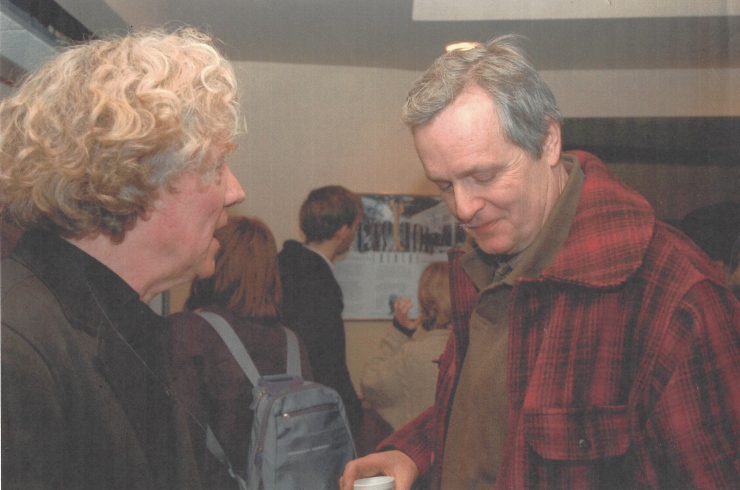